The standard dose of PZP antigen for animals is 100 µg of protein in phosphate buffered saline or sterile water.  This dose may be adjusted downward for some species and will be determined prior to administration. 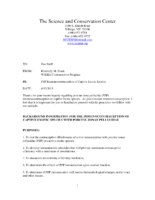 If you are interested in starting a non-captive wildlife project please contact the SCC.  There may be agencies in your state or country that need to be contacted before starting a fertility control project. 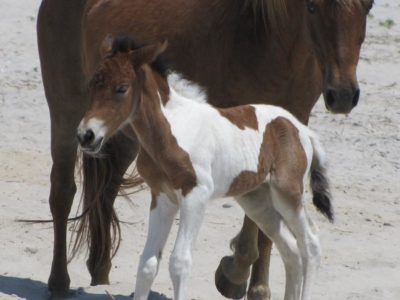 This foal is on Assateague Island National Seashore. The NPS has managed the wild horse population with PZP immunocontraception since 1995. Every mare gets to make her genetic contribution……..isn’t this one adorable!

© 2023 The Science and Conservation Center Website by Zee Creative